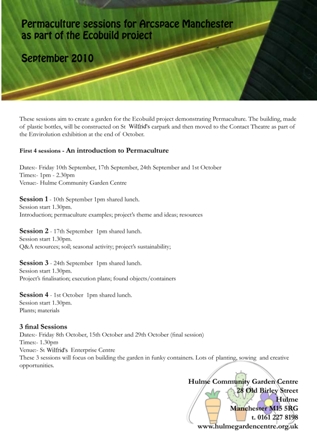 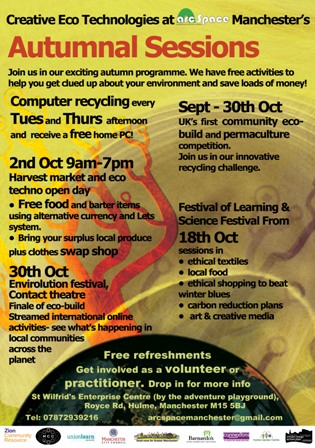 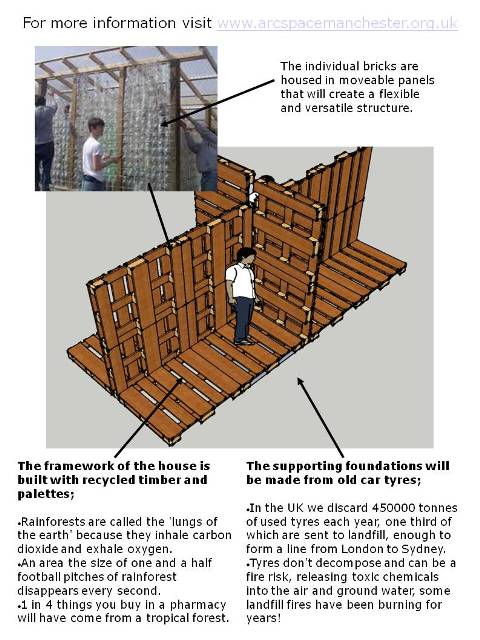 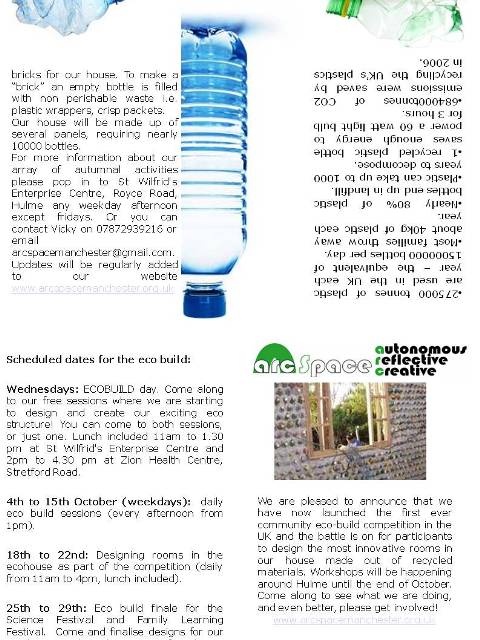 On the 21st of May, Arcspace Manchester held a party/BBQ to cap off the adult learners week. Adult Learners Week is designed to encourage adults to understand that age is nothing when it comes to learning. 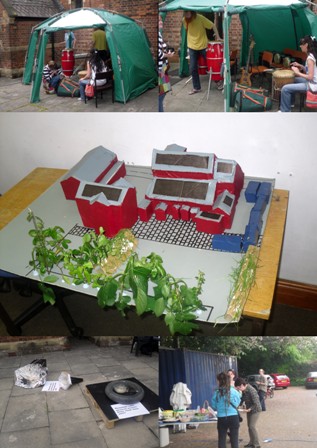 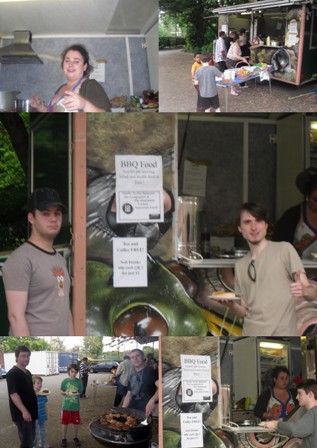 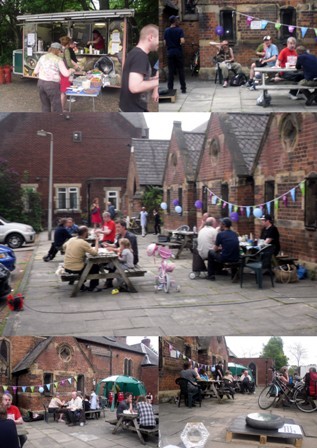 The week consisted of many courses and workshops which the community could get involved in, such as computer recycling and learning about ethical textiles. The week culminated in a barbeque(cooked deliciously by Firmstart’s own Janey & Adam), with events going on throughout the day. The Firmstart team had made a selection of homemade solar powered ovens, with varying results! Vicky and her adult learners group done presentations about the effects of non-recycling on the planet and also showed people how to calculate their carbon footprint and gave tips on how to reduce it. Outside, there was fun and games going on with jar painting, football, lovely food and live music courtesy of Pure Data, who had some rather interesting instruments!

After a long day in the sun, Vicky and the adult learners said a few words just to explain about what they have been up to and to thank everyone involved in the project, and the people who attended. 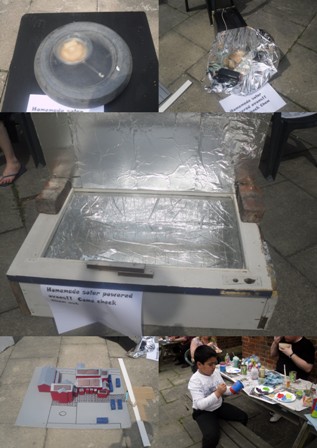 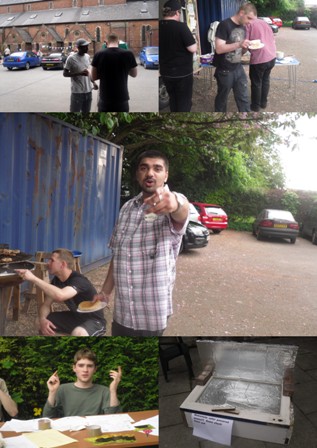 The adult learners week closing party was a barbecue for all the adult learners and community of Hulme, the day consisted of workshops, entertainment, swap shops and local food thanks to Janey its part of an event across Manchester encouraging life long learning

Firmstart and Arcspace put the barbecue together to encourage learning of all ages and community spirit, the week consisted of computer recycling witch was specifically made for women it entailed learning how to take part a computer and put it back together which Andrew who is apart of ebo-tech taught.

There was also Ethical textiles where the costumes for Manchester day are to be made, people brought in old clothes to be donated which were placed in the alter.

Vicky set out a rota for the day which we all followed, she had Colin and Sadiq on the sign in desk, mo in the office, Adam on the BBQ and the Arcspace party in the Arcspace room.

There was music presented by the eco-tech/electronic orchestra   group with unusual but satisfying sounds, John and Seth on the guitar and African drums we had people enjoying the solar ovens aswell that the Firmstart team put together. Vicky then closed the Adult learner’s party with a thank you to all the people who came to the party and a big thank you to the Adults who joined the course threw the weeks of training.

1pm to 4pm, Computer recycling for older learners - Come and learn how to recondition a computer, and get your own home PC to take home.

6.30pm to 8.30pm, Interactive session about transition towns - Dind out how Manchester communities can help to realise positive futures past peak oil.